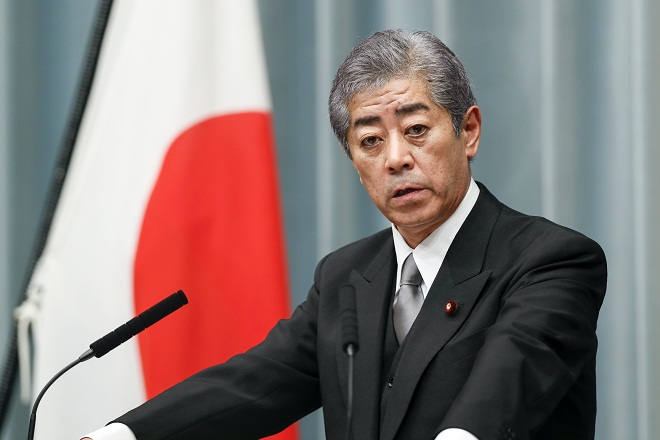 Takeoff and landing drills using the Japanese vessels by U.S. F-35Bs are possible before Japan takes delivery of its own F-35Bs, Iwaya told a press conference.

U.S. support may be necessary to test the Japanese vessels, he said.

Japan plans to renovate the Izumo, one of the two Izumo-class destroyers, in fiscal 2020, which starts next April, and the Kaga, the other, in fiscal 2022.

The country is unlikely to take delivery of F-35Bs until at least fiscal 2024. Jiji Press