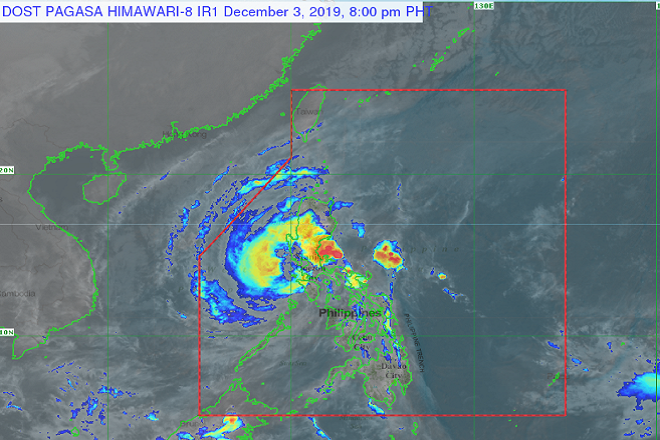 ‘Tisoy’ weakening as it moves off Occidental Mindoro

Typhoon 'Tisoy' continued to weaken as it moved off the coast of Occidental Mindoro, the Philippine Atmospheric, Geophysical and Astronomical Services Administration (Pagasa) said Tuesday.

Portions of Luzon still under signal number two include:

Some areas in Luzon and Visayas are under signal number one.

Due to the impending storm surge, the weather bureau announced sea travel is risky over areas under tropical cyclone wind signals: the seaboards of Northern Luzon and Visayas, western seaboard of Palawan, and the northern and easter seaboards of Mindanao due to rough seas.