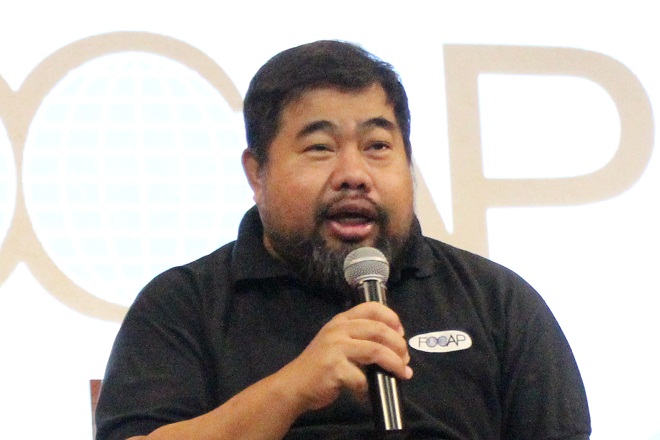 Pulitzer Prize winner Manny Mogato of Reuters urged students to "be faithful to good journalism" as the veteran Reuters correspondent spoke at the annual Teddy Benigno Lecture of the Foreign Correspondents Association of the Philippines ( FOCAP) on Wednesday.

"Observe accuracy, transparency, impartiality and integrity," Mogato said. "We should also raise our ethical standards and help in media literacy," he added.

"Journalism should be protected. Free press should be guarded," he said. He said this is amidst threats and trauma he and other journalists experience as part of their duty to tell the truth.

Mogato wrote stories looking into the war on drugs under President Rodrigo Duterte's administration. These stories claim some police are closely involved in anti-drugs operations as well as cases of alleged extrajudicial killings.

Mogato said he has been threatened with death, experienced internet trolling and Facebook account hacking. He said as a journalist, it is important to be vigilant and alert.

Alindogan said Filipino journalists have been and are still subject to harassment and culture of impunity.  Still, she said, journalists should never be silent on stories that matter.

"We have been called many names: bayaran, dilawan, presstitute. We must not be tamed," she said. "We have all been trained for this moment. There is no better time to be a journalist."

"It's about time for journalists to create the issue, to tell the people which we should discuss," he said.

Regarding de los Santos' case, Mogato commended the media's work noting  "it is important for media to closely follow the event because if we don't, it can be possible for the court's decision to be reversed."

Mikhail Flores of Nikkei said journalists should always give context to every story to avoid a he said/she said situation. Cristina Eloisa Baclig/DMS