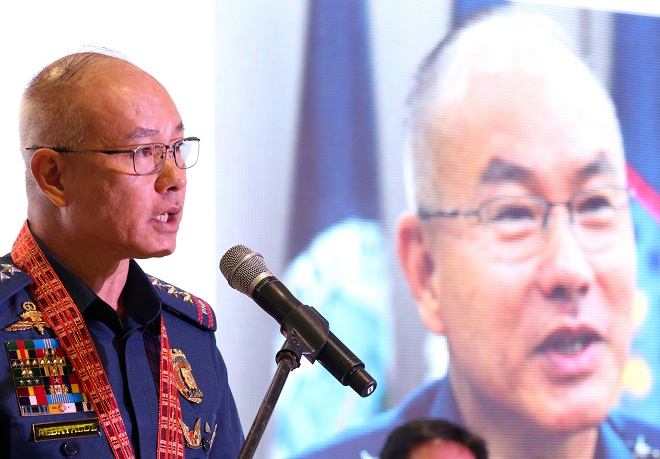 The Philippine National Police ( PNP) on Friday said their “one-strike” policy against illegal gambling will remain even after President Rodrigo Duterte lifted his suspension on Small Town Lottery operations.

“Of course, some may take advantage of it and make it or create a jueteng type operations or what we called bookies, he said.

“We have standing directive on different line units in different regions to go after illegal gambling,” Albayalde said.

In a text message to The Daily Manila Shimbun, Police Brigadier General Bernard Banac, PNP spokesperson, said they will continue to intensify their monitoring against any illegal number games, such as jueteng, in the guise of an STL.

“Even with the resumption of STL operations, the PNP will continue to intensify monitoring of any illegal numbers game such as jueteng that may run parallel with, or in the guise of STL,” he said.

He said they will not hesitate to arrest violators found committing illegal acts.

In a radio interview, Banac said the lifting of STL suspension helps them in finding illegal gambling activities.

“A... good thing with the lifting of suspension is that the people will not lose their jobs so no need for them to resort to illegal activities,” he said.

They said the order takes effect will be after the publication of the Implementing Rules and Regulations (IRR). Ella Dionisio/DMS