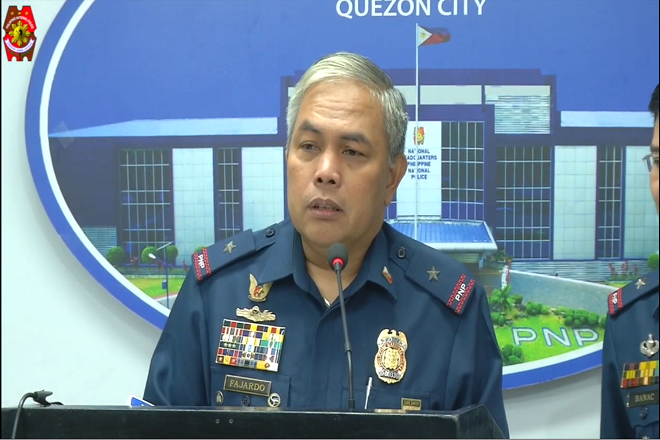 The director of the Philippine National Police- Civil Security Group ( PNP-CSG) told owners of security agency companies to surrender their remaining high-powered firearms as there are no need for security guards to have them.

“They used the reason that the security guards need to fight back with rebels and other armed men but there are no reports that such thing happening. Most of the time the firearms are being taken,” Police Brigadier General Roberto Fajardo said in a press briefing on Thursday .

“It’s time to surrender ( them) instead of being taken away by the rebels,” he said.

Fajardo warned that those who will keep high-powered firearms will not be allowed to renew their licenses.

“There is no reason to not surrender the firearms because the President gave the order last 2017,” he said.

“This is still part of our Oplan Katok and Oplan Tokhang... we asked them to turn over their high-powered firearms,” Fajardo said.

On 2017, President Rodrigo Duterte instructed PNP to tighten their regulation and prohibition on gun ownership and purchase by civilians, particularly high-powered ones.

Fajardo said security agencies are only allowed to have pistols and shotguns.

“They are only allowed 10 percent of the total security guns if they possess high-powered firearms authorized by the law,” he said.

The CSG director said he ordered the accounting of the high-powered firearms possessed by security agencies in the country.

“We will strictly implement laws on security agency,” he said. Ella Dionisio/DMS