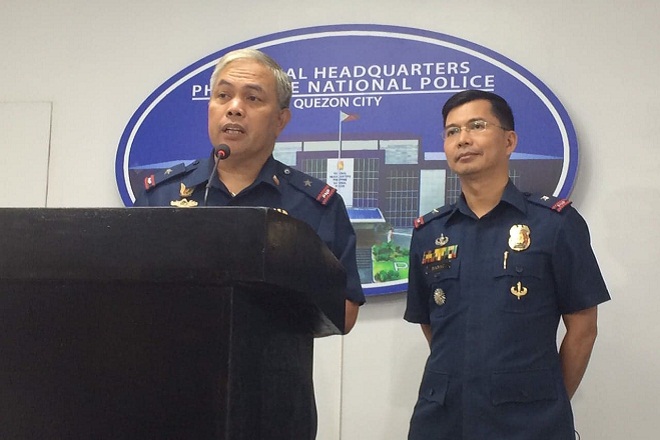 The director of the Philippine National Police- Civil Security Group ( PNP-CSG) on Thursday said they may revoke the license to operate of the agency of the security guards disarmed by suspected members of the New People's Army   in Misamis Oriental last week.

In a press briefing, Police Brigadier General Roberto Fajardo said AY-76 Security Specialist, Inc in the first place should not have high-powered firearms.

“Their (security) are not trained to use high-powered firearms,” he said. “So we may revoke their licenses,” he added.

Police Brigadier General Bernard Banac, the PNP spokesperson, said revocation of license to operate is the possible maximum penalty for the agency while the security guard involved may lose their license to exercise security profession.

According to Fajardo, based on their data, AY-76 Security Specialist, Inc  has  71 high-powered firearms.

“That is based on our inventory but they surrendered 64 already that’s why they were given temporary license to operate,” he said

He said they are investigating the incident and why the agency has high-powered firearms when it was ordered to surrender them last 2017.

“We are also checking who is the owner. The bigger that person is, the better,” said Fajardo.

Last August 19, five security guards of a mining firm in Balingasag town were disarmed by suspected NPA members without resistance.

Taken from them were five AK-47 assault rifles and several round of ammunition. They also looted radio transceiver sets and other equipment of value.

Fajardo said the investigation will show if their license will be revoked.

He said since the confiscated firearms were registered they will cancel it.

“The manhunt is ongoing with the Armed Forces of the Philippines in the area (to retrieve the firearms),” he added.