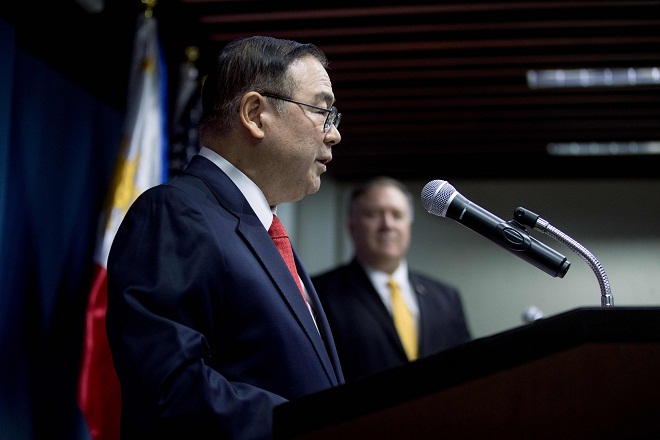 The Philippines has “banned” marine survey ships from other nations, including China, from entering the country’s exclusive economic zone.


“Will universalize the ban. Period. Granting exception to one country will automatically lift ban universally. Exception invite bribes,” he added.


Recently,  two Chinese survey ships sailed within the country’s exclusive economic zone, which is extended some 200-nautical miles from a country’s coastline.


Ryan Martinson, assistant professor at the China Maritime Studies Institute of the US Naval War College, said the Chinese ship, Zhang Jian  has been operating some 80 nautical miles of the east coast of the Philippines since August 3.


Another Chinese oceanographic research ship, Dong Fang Hong 3, has been found northwest of the Philippines, Martinson said, adding it got close to Ilocos Norte.


Under the United Convention on the Law of the Sea, a ship conducting a scientific survey must request permission from the country which has jurisdiction over the survey area.


This also came after the DFA filed a diplomatic protest on the presence of hundreds of Chinese vessels around the vicinity of Pag-asa island in the Kalayaan Island Group. DMS