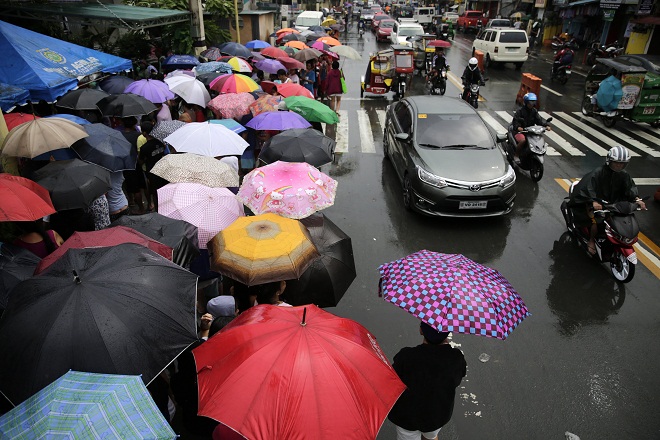 Malacanang ordered the suspension of work in government offices and classes in public and private schools at all levels in Metro Manila starting 12 noon on Tuesday due to continuing inclement weather brought about by Typhoon "Tisoy."

Executive Secretary Salvador Medialdea, by authority of the President, issued Memorandum Circular No. 73 regarding the suspension, which was recommended by the National Disaster Risk Reduction and Management Council (NDRRMC).

"However, those agencies whose functions involve the delivery of basic and health services, preparedness/response to disasters and calamities, and/or the performance of other vital services shall continue with their operations and render the necessary services," the circular read.

The Palace said suspension of work for private companies and offices was left to the discretion of their respective heads.

In its bulletin issued at 11 am, the Philippine Atmospheric, Geophysical and Astronomical Services Administration said  "Tisoy" slightly weakened after it made landfall over Marinduque at 8:30am.