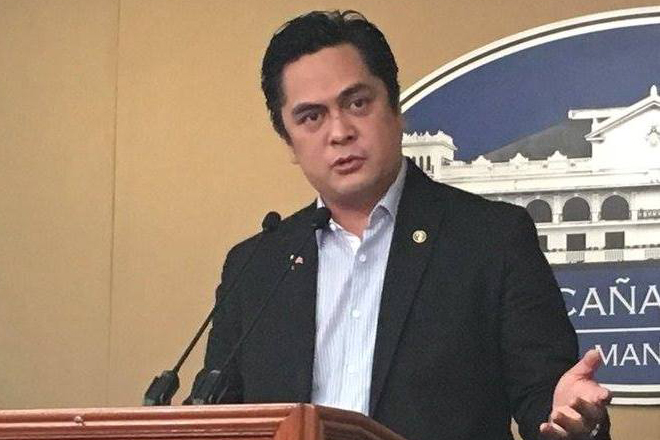 Malacanang on Saturday said the issue of “cronyism” under the Duterte administration was “baseless” and “highly deplorable”.

“Any claims and attacks being made in relation to this matter are by the opposition and by interest groups that are against the socio-economic policies and reforms by this administration. Not only are these baseless assertions erroneous, they are also highly deplorable,” he said.

Andanar made the statement after Nikkei Asian Review in their December 4 article said President Rodrigo Duterte is destroying the elite as part of his campaign promise because “he will choose his own oligarchs”.

The article also cited names of Davao businessmen who are close to Duterte.

Andanar said Duterte has lashed out against oligarchs who have promoted corruption, provided bribes to government officials in public-private transactions, and eked out favors through their political connections.

“These are actions the President vowed never to tolerate. And this commitment has always been consistent such in a way that this administration refuses to kowtow to the Metro Manila water concessionaires and its agreements with the previous administrations that have resulted to unfavorable repercussions not only to the government, but also to Filipino consumers,” he said.

Andanar said Filipinos have seen that having connections and relations with officials in Duterte administration doesn’t entitle any individual or any business entity to privileges that would allow them to bypass government policies and legal procedures.

“This especially holds true with regards to engaging with companies for government infrastructure and development projects,” he said.

“In fact, we have continuously strengthened measures and undertaken steps along the way that would allow for fair and impartial procedures on public-private partnership,” he added.

Andanar said the government created the Executive Order on the Freedom of Information which gives public access to government transactions for better transparency.

The government also advocated for an ''equitable application of law to all business entities, regardless of origin, through the strengthening of the Philippine Competition Commission, Anti-Red Tape Authority, and National Economic Development Authority’s functions to undermine monopolies and duopolies as they look to amend the current constitution on business ownership and open up the Philippine economy to more foreign investments.''

He added the Comprehensive Tax Reform Program (CTRP) ''furthers their commitment as it continuously promote the reduction of personal and corporate income tax to promote a competitive and inclusive business climate while curtailing the tax incentives that have been abused by large corporations and oligarchs for decades.''

“We will continue to be tough on regulating the business sector as we advocate for a competitive economic climate so that the cronyism which has already allowed our government and society to be mired in corruption and abuse for decades will no longer prosper,” he said. Ella Dionisio/DMS