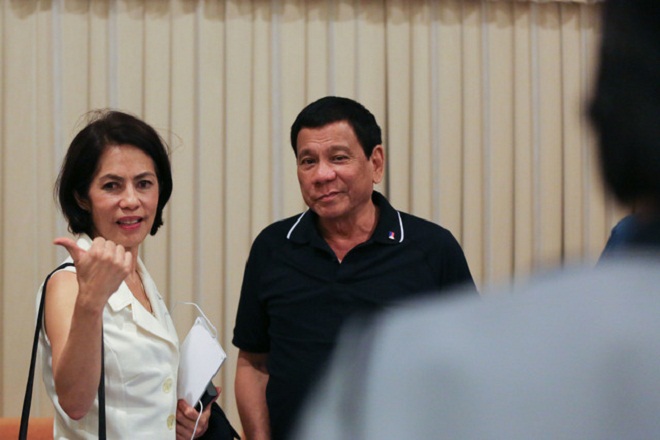 Lopez, 65, passed away Monday morning due to multiple organ failure.

“News has reached the Office of the President that former Secretary of Environment and Natural Resources Regina Paz L. Lopez has passed, and it is with a heavy heart that we express our sincerest condolences to her family, relatives, friends and loved ones,” Presidential spokesperson Salvador Panelo said in a statement.

“The Palace deeply grieves the demise of one of President Rodrigo Roa Duterte's most passionate Cabinet members whose environmental advocacy and legacy remains unparalleled to this day,” he added.

Panelo said Lopez “took the bull by the horns” when she fiercely fought powerful interests in the mining sector, as well as in industries having negative effect on our ecology.

“She would be greatly missed. As we pay tribute and give honor to this warrior and advocate, we fervently pray for the Almighty to grant her eternal repose. May the perpetual light shine upon her,” he said.

In a separate statement, Executive Secretary Salvador Medialdea said despite differences, he and the former secretary remained as friends.

“We had some slight differences on certain policies during our stint as members of the cabinet but remained as friends. We extend our condolences to the entire family and shall offer prayers for the eternal repose of her soul,” he said.

The Philippine National Police said Lopez will continue to be an inspiration as the PNP pursues its core values of “maka-Diyos, makabayan, makatao, at makakalikasan”.

“If only for a short while during her incumbency as DENR Secretary, the PNP is proud to cherish the work we shared with Ma’am Gina in enforcing environmental laws, particularly against destructive mining activities,” Police Brigadier General Bernard Banac, PNP spokesperson, said in a statement.

“The PNP expresses its deepest and most sincere condolences to the family, friends and relatives.  Her various advocacies and gentle soul will forever remain in our hearts,” he added. Ella Dionisio/ DMS