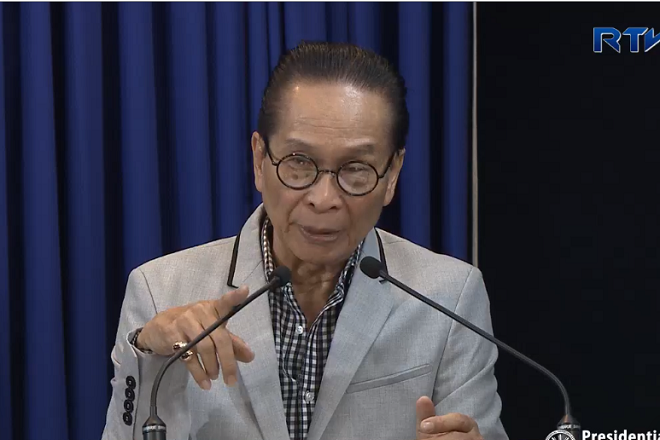 Malacanang urged on Tuesday the public to give the Metropolitan Manila Development Authority ( MMDA) a chance to implement a ban on provincial buses along Edsa, considered as the busiest thoroughfare in Metro Manila.

In a press briefing, Presidential Spokesperson Salvador Panelo said the Palace is also open to suggestions from the public how to address traffic congestion in Edsa.

"Let's give them a chance...just like what I said, they are experimenting. Let's see what will be the outcome, and then later let's take the next step," he said.

Panelo noted that traffic woes in Edsa have been a problem for a long time, which no administrations in the past had resolved.

Panelo said constructing more skyways could be one of the solutions. However, he said it would need a huge amount of money.

"If you have good suggestions and those listening to us, please provide us, the MMDA in order to help (them)," he said.

He said the suggestions could be sent to MMDA, the Office of the President or to him.

As his personal suggestion, Panelo said the government could also look into 24-hour activity in the metropolis.

"Perhaps as a personal (suggestion), we should have 24-hour activity. There's night and there's day, divided," he said.

With this, he said there would be fewer people on day time in the streets since others would go to work during night time.

He also raised a proposal before for government offices to be relocated outside Metro Manila, such as what the Department of Transportation did by moving to Clark in Pampanga.

Many people, particularly commuters, have been complaining about the MMDA's enforcement of the yellow lane policy in relation with the dry run of the ban on provincial buses in Edsa.

In the past days, the policy has caused thousands of passengers to be stranded. Celerina Monte/DMS