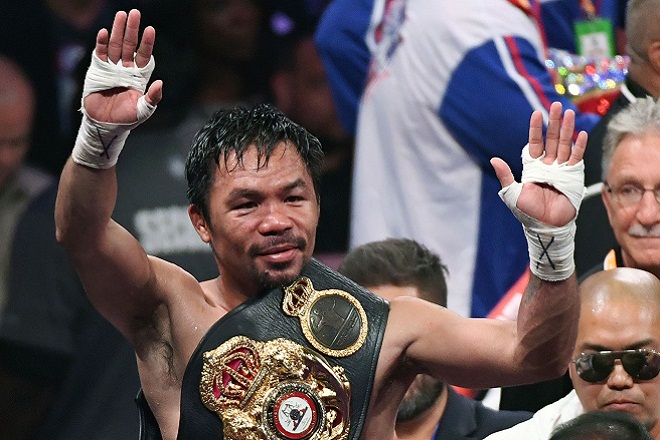 
It was the 62nd win by Pacquiao against seven losses and two draws. It was the first defeat for Thurman, who had won 29 straight bouts.


The split decision was booed by fans at the MGM Grand Arena.


''It was not an easy fight. My opponent is a good fighter and boxer,'' said Pacquiao in a radio interview after the bout. ''I think he did his best and I did my best... I think we made the fans happy tonight because it was good fight.


The 40-year-old Pacquiao seemed tired after a fast-paced first four rounds where he had a technical knockdown against Thurman, From the fifth to the eighth round, Thurman battled back with right hands that slowed down Pacquiao.


With a wicked body shot in the 1oth that made Thurman grimace, Pacquiao turned the slugfest around and regained command.


For once, cars filled up some Metro Manila streets when the fight was broadcast, unlike Pacquiao's prime years when roads would be literally empty as people followed his bouts on the radio or the Internet.  DMS