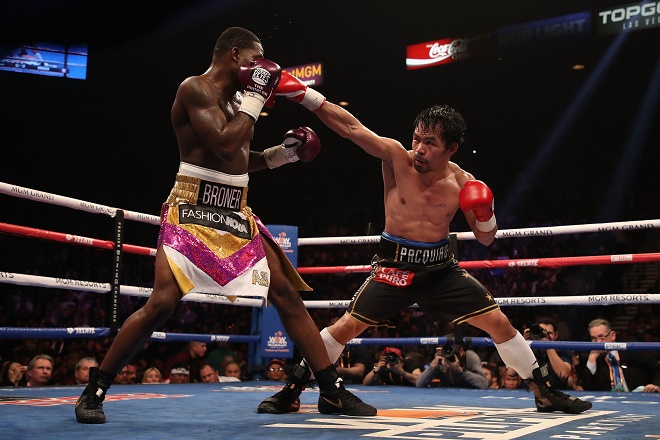 Senator Manny Pacquiao retained his world welterweight title after winning via a unanimous decision against American Adrien Broner at the MGM Grand in Las Vegas.

Though he failed in knocking down his 29-year old opponent, Pacquiao was able to land strong left punches against Broner making him fly across the ring on the ninth round.

By the 10th round, it could be seen that Broner was just trying to avoid Pacquiao's punches for him to survive until the final round.

Asked about his retirement, Pacquiao told reporters that "his journey continues".

Pacquiao said he was happy because he did well during the fight.

"God gave me these good health and blessings and at age 40 I can still do this. I proved it in my last fight and I’ve proved it again at the age of 40. Manny Paquiao is still here," he said.

The senator from Mindanao again expressed his interest to fight the undefeated Floyd Mayweather.

"Tell Floyd to come back to the ring and we will fight, I’m willing to fight Floyd," Pacquiao said.

Malacanang congratulated Pacquiao who is a supporter of the Duterte administration.

Being 11 years older than Broner, Panelo said the senator displayed his vintage form just like in his heyday and dominated against his opponent.

"We thank our pound-for-pound King for not only bringing honor and glory to our flag, but for once again uniting all Filipinos worldwide with his display of athleticism, power and Filipino pride," he said.