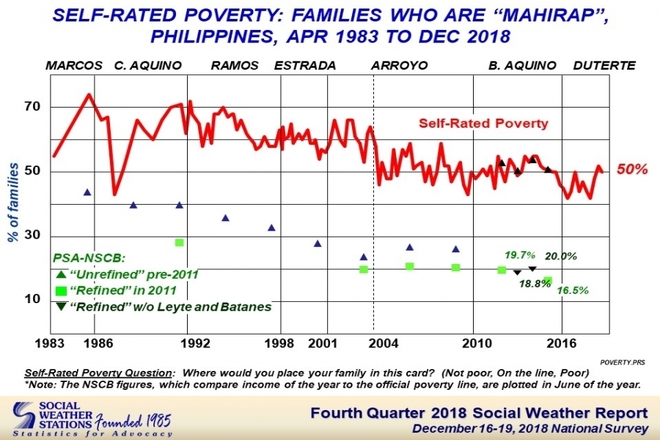 Over 11.6 million Filipinos consider themselves poor, according to a Social Weather Stations (SWS) survey on Friday.

The fourth quarter survey on self-rated poverty conducted last December 16-19 showed 50 percent of families believe they are poor. SWS said the result is two percentage points below the 52 percent or estimated 12.2 million in September.

In Metro Manila, self-rated poverty increased to 30 percent in December from 26 percent in September.