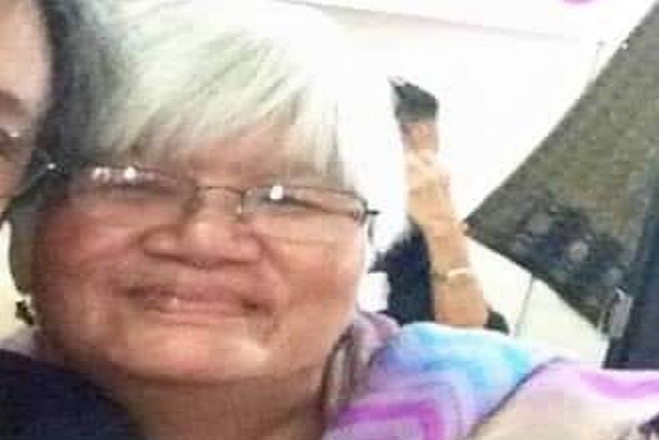 Opinion columnist eyes filing charges vs police who arrested her

Fedelina Margarita Valle, an opinion columnist who was arrested mistakenly on Sunday, said her camp is eyeing criminal and administrative charges to be filed against police officers.

In a forum on Wednesday in Quezon City, Valle shared her side when she was arrested in Laguindingan Airport in Cagayan de Oro City.

"Since the beginning, I asserted my rights. I showed all my identification cards. I told them I'm not the criminal they are arresting," she said.

She also said arresting officers refused to let her read the arrest warrant.

Upon reaching Pagadian City, Zamboanga del Sur, Valle said she was angry as she was undergoing booking process in front of the local media.

"They should be responsible (for what they have done)," she said.

Valle refused to accept the explanation of the Zamboanga Region's Criminal Investigation and Detection Group office.

"No one went to me even when I'm in Pagadian, no one apologized. Since we were at the airport, I demanded a counsel. They did not listen," she said.

On pointing of fingers between the police and military on who was at fault, Valle said it shows the kind of system of the two organizations.

"It shows what kind of system they have... In the first place (my point) is clear... They are liars, I don't know what to say. That's their game. They should resolve it on their own and they will face (the court). They will pay for what they have done," she said.

According to her lawyer, Kathy Panguban, they are looking into filing criminal and administrative charges against the police officers.

"So that they will learn their lesson to not ...(do) brazen attack, utter disregard the human rights,'' Panguban said.

"So we are definitely at the filing of arbitrary detention charges against Philippine National Police- CIDG. All the elements of the crime are present on the experience of Margarita so definitely we will not let go of this case whether inside or outside the court," said Panguban.

She said they are not expecting that the investigation of PNP will be "fair".

"Definitely, we will exhaust all remedies available before the law," she said adding they are willing to bring the case to the United Nations.

Last June 9, Valle was arrested by authorities after a witness identified her as a suspect for cases of multiple murder, frustrated murder and damage to property.

After the complainant confirmed that she is not the suspect, she was immediately released.