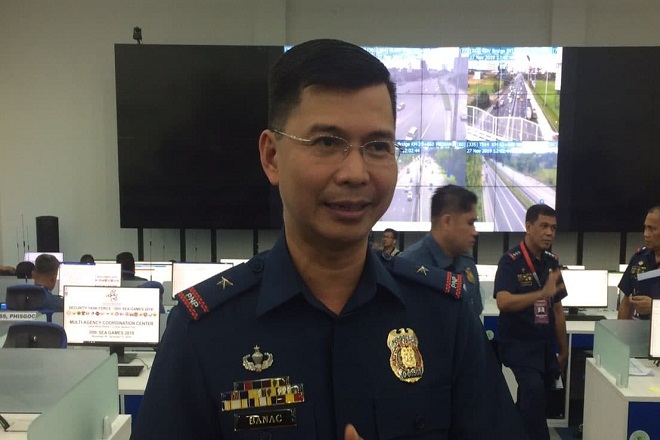 ”Nothing to be worried” over Duterte requirement for PNP chief: Banac

The Philippine National Police ( PNP) on Tuesday said there is nothing to worry about the statement of President Rodrigo Duterte on his requirement in choosing the next head of the organization.

In a TV interview on Monday, Duterte said he would appoint a chief of the Philippine National Police who would tell him that he is ready to kill drug lords.

Duterte said this was the "better deal" he wants to have with anyone aspiring to be the PNP chief.

“There is nothing to be worried since we all know that our President is just giving emphasis on his campaign against illegal drugs,” Police Brigadier General Bernard Banac, PNP spokesperson said in an interview with reporters.

Banac said Duterte just wants to choose a PNP chief that could continue on the administration’s direction on arresting high value targets such as drug lords and drug traffickers.

“All our senior officers are qualified since they all want to take the direction of going after high value targets,” he said.

"But I want a better deal. It's not enough that you recommend to me. If you will tell me, 'Sir, if you will choose me, all the drug lords will be dead, they'll all die...if you cannot give me that guarantee, then I won't appoint you," he said. Ella Dionisio/DMS