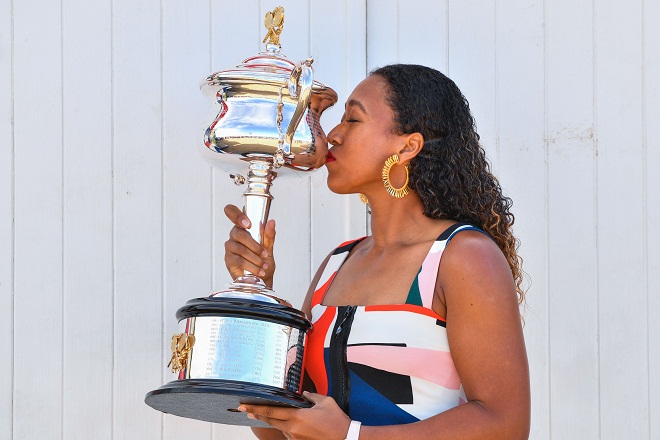 Melbourne, Australia--Naomi Osaka of Japan ascended to the world's No. 1 position in women's singles tennis on Monday, becoming the first player from Asia to earn the status in either men's or women's tennis.

She climbed to the top spot in the global rankings from fourth place after becoming the first Japanese player to win the Australian Open title on Saturday.

Osaka became the 26th No. 1 player under the current rankings system for female players.

The previous highest-ranked Asian player was Li Na from China, who reached second in the women's rankings in 2014.

Osaka made her first top-10 appearance when she rose to seventh after winning last year's U.S. Open to become the first Japanese to win a Grand Slam singles title.

She advanced to fourth in October, matching the highest ranking for Japanese players held by Kimiko Date and Kei Nishikori. Jiji Press