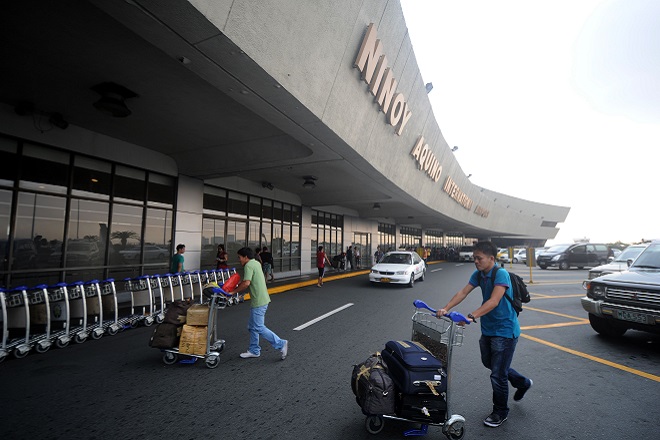 In a press conference Tuesday, Monreal said the runway was opened from 6 pm for recovery flights.

The decision was made after a report from the Philippine Atmospheric, Geophysical and Astronomical Services Administration (Pagasa) said  Typhoon 'Tisoy' weakened.

Consultation with the Civil Aviation Authority of the Philippines ( CAAP) and representatives from CAAP Air Traffic Service, domestic airline operators, the Airline Operators Council, MIAA operations team and Hannah Cristi of the NAIA Pagasa bureau were made before the announcement, the Department of Transportation said.

Recovery flights, said Monreal, are for aircraft which pre-emptively  evacuated to other local airports before the onslaught of 'Tisoy'. About 84 slots will be opened in NAIA for these.

"We have a total of 53 aircraft to be managed from 6 o'clock tonight until 11 this evening," he said.

Out of the 53 aircraft, fifteen are from Air Asia, 30 from Cebu Pacific and Cebgo, and eight from Philippine Airlines.

"The reason we allowed these scenario is to ensure that majority of the flights will be operated tomorrow," he explained.

Monreal said the combined departure and arrival of international flights for the aircraft will be accommodated from 11 pm to 1:30 am on Wednesday.

During 1:30 am to 3:30 am, international foreign carriers which requested for additional flights will be added.

From 3:30 am onwards, Monreal said all flights and airport operations are expected to be back to normal.

Monreal urged passengers to check the confirmation of their booking before going to the airport. He added that they might not be able to board chance passengers.