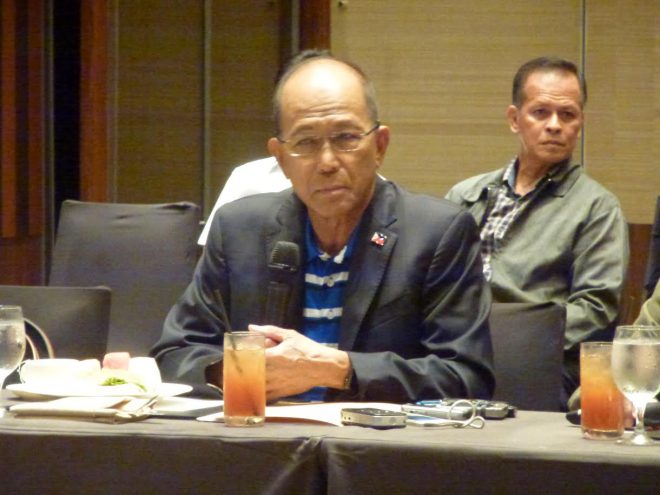 Manila “should question presence of weapons in the Spratlys”: Lorenzana

Amid improving relations between China and Philippines,  Defense Secretary Delfin Lorenzana emphasized that the government should  question the militarization activity in the Spratly Islands.

“Notwithstanding the warming of relations between our countries, the Philippine government would be remiss in its duty to protect its national interest if it does not protest, question and seek clarification from China on the presence of weapons in the Spratlys,” Lorenzana said in a statement on Tuesday.

“Especially so that some of those reclaimed islands are within the Philippine EEZ according to United Nations Convention on the Law of the Sea (UNCLOS), which China is a signatory and affirmed by the Permanent Court of Arbitration (PCA) ruling of July 12, 2016,” he added.

Lorenzana said  the militarization of areas claimed by China in West Philippine Sea are “very troubling”.

“The actions of China in militarizing those disputed features are very troubling. They do not square with the Chinese government's rhetoric that its purpose is peaceful and friendly,” he said.

Last  month, a United States think-tank, the Asia Maritime Transparency Initiatives (AMTI) reported based on satellite images, China appears to have installed weapons including anti-aircraft guns and possible close-in weapon system (CIWS) on  all of its seven features and reefs that it have reclaimed in West Philippine Sea.

“China has built nearly identical headquarters buildings at each of its four smaller artificial islands. The two smallest of the islets, Hughes and Gaven Reefs, feature four arms built off of these central structures,” it added. The report also noted  China has larger bases on Fiery Cross, Subi and Mischief Reef.

“Each of these sports four structures, consisting of tiered hexagonal towers oriented toward the sea. They are positioned so that any anti-aircraft guns and CIWS installations placed on them would cover all approaches to the base with overlapping fields of fire,” the report said.

The report also noted weapons installed in the seven reclaimed features “show that Beijing is serious about defense of its artificial islands in case of an armed contingency in the South China Sea.”

The reclamation of seven features claimed by China in South China Sea were started around three years ago after the standoff between Philippine and China in Scarborough shoal on 2012. Robina Asido/DMS