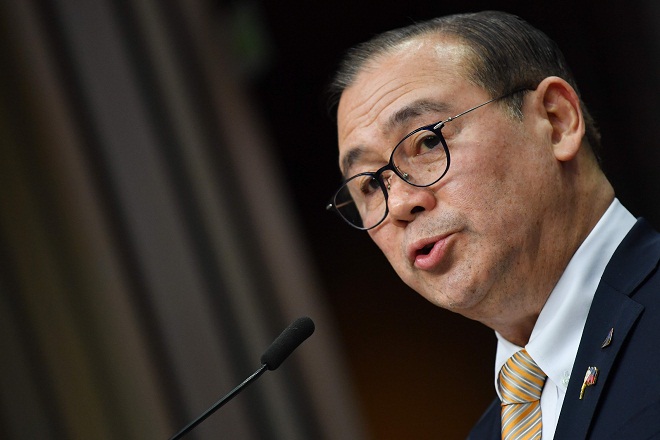 Foreign Affairs Secretary Teodoro Locsin Jr. on Wednesday said the 2016 ruling of the Permanent Court of Arbitration that invalidated China’s claims in the South China Sea will not be set aside.

This came after President Rodrigo Duterte told Malacanang reporters Tuesday night that the government will set aside the arbitral tribunal ruling  for the joint oil and gas exploration deal with Beijing.

Duterte said Chinese President Xi Jinping promised to give the Philippines of 60 percent of  revenues from planned joint exploration.

Locsin said the memorandum on the joint exploration “makes it unnecessary to set aside the ruling of the arbitral tribunal.”

Locsin said the terms of reference for the possible joint exploration are very clear as “no legal position of either side is compromised” when they enter into the agreement.

“It cannot be set aside. What the arbitral award did is that it put the award beyond the reach of compromise. In other words, I don’t care if the Filipino people want to set it aside. No, it is theirs,” Locsin said in an interview with ANC.

Locsin said the joint exploration agreement would cover “three or four areas” with service contracts and not areas proposed by China which he added is  within Philippine territory.

“If the area chosen is a disputed area, but there is no service contract, then it’s still the same, the memorandum of agreement prevails,” Locsin stressed.

But exploration has been put on hold since 2012 after President Benigno Aquino III stopping exploration activities in disputed areas.

Locsin  said under the memorandum of understanding last year, a steering committee led by the Philippine and Chinese foreign ministers, with energy ministers serving as vice chairs would be formed.

Locsin said the steering committee would be “responsible for negotiating and agreeing on the cooperation agreements already between real parties.” DMS