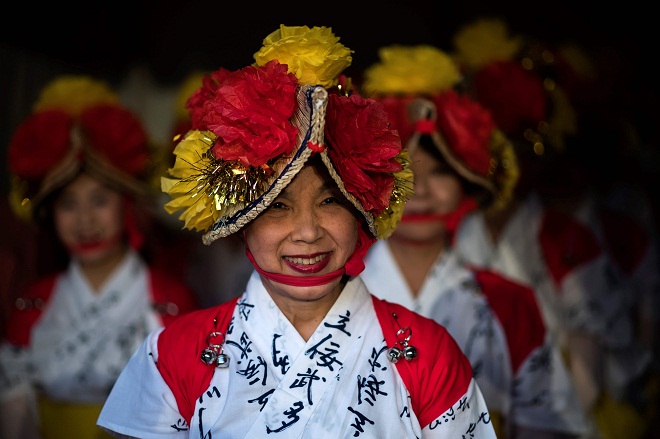 Jack Lang, former French culture minister, said the festival was a wonderful gift for France. It opened new doors for French people who had not been familiar with Japanese culture, he said.

Hiroyasu Ando, secretary-general of the festival's secretariat and president of the Japan Foundation, stressed the importance of continuing cultural exchanges between the two countries.

The festival, which marks the 160th anniversary last year of the conclusion of the Japan-France Treaty of Amity and Commerce, is scheduled to end at the end of February.

As part of the festival, some 100 events, include those featuring Japanese plays, movies and paintings, were held in Paris and other parts of France. Jiji Press