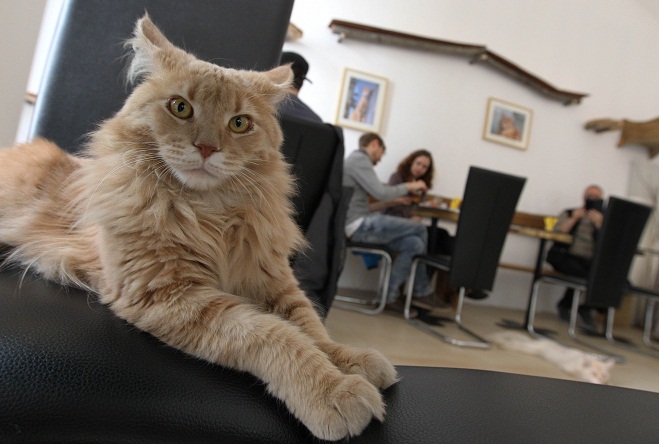 London--Domestic cats recognize their names even though they may not act like they do, a new Japanese study has shown. A team including Atsuko Saito, associate professor at Sophia University, studied how cats kept at homes and a so-called cat cafe, where customers can interact with felines, respond to human utterances.

The cats discriminated their names from words that have the same length and accents, according to the study published in Thursday's edition of the British journal Scientific Reports.

Even when the names were uttered by unfamiliar people, cats reacted by moving their ears and heads.

But cats at the cafe did not discriminate their own names from those of other cats living with them, according to the research paper.

The results of the team's experiments imply that "cats' names can be associated with rewards, such as food, petting and play, or with punishments, such as taking them to a veterinary clinic or to a bath," the paper said. Jiji Press