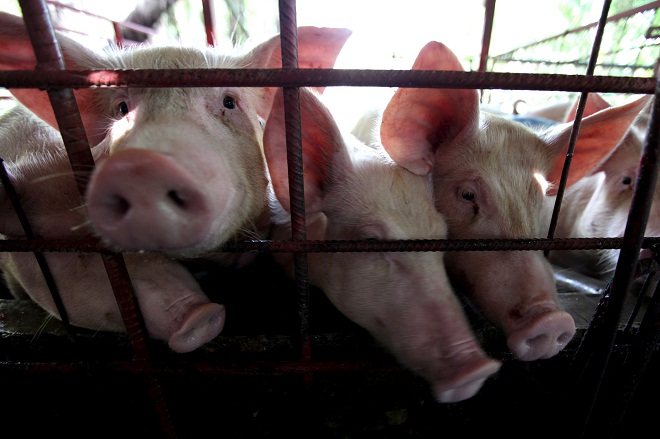 According to Belmonte, blood samples were collected from hogs which died due to suspected ASF. This was after at least six pig carcasses were found floating in a creek in Barangay Bagong Silangan.

"Eleven pigs were confirmed to be dead in Barangay Bagong Silangan and according to data from the city veterinarian's office, the hogs were positive of African Swine Fever," Belmonte said in a radio interview over DZBB.

The Quezon City mayor also said they had reports from another barangay, prompting her to order the city veterinarian to conduct surveillance in backyard piggeries within the city.

"There was a mortality report from Barangay Payatas but it's not yet confirmed if the cause of death was due to African Swine Fever," explained Belmonte.

"I directed the city veterinarian to inspect all piggeries in the city," she added.

Despite the announcement, Belmonte assured the public that the local government has made preparation against the spread of the virus in the city.

"There's nothing to worry about because ever since it was reported that the virus was present in other city, we already established checkpoints in all entryways towards the city," she said. Cristina Eloisa Baclig/DMS