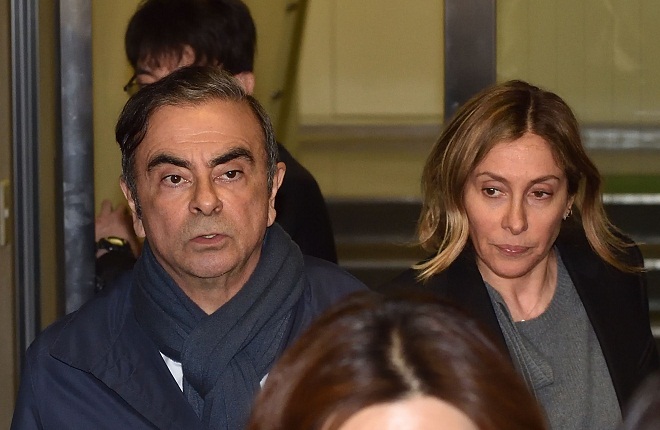 Ghosn’s wife to appeal in Tokyo Court for questioning

The questioning may be conducted within this month, the lawyer said.

When Ghosn, 65, was rearrested on Thursday, Tokyo prosecutors asked her to meet with them for voluntary questioning, but she left Japan the next day, according to sources and French reports. The prosecutors have since requested the court to call her.

When asked by French media whether she had run away, she expressed her intention to return to Japan.

Ghosn was rearrested on suspicion of funneling Nissan money to himself via a car distributor in Oman.

Part of the Nissan funds are believed to have been transferred to a company headed by Ghosn's wife. The firm apparently purchased a yacht for use by Ghosn's family. Jiji Press