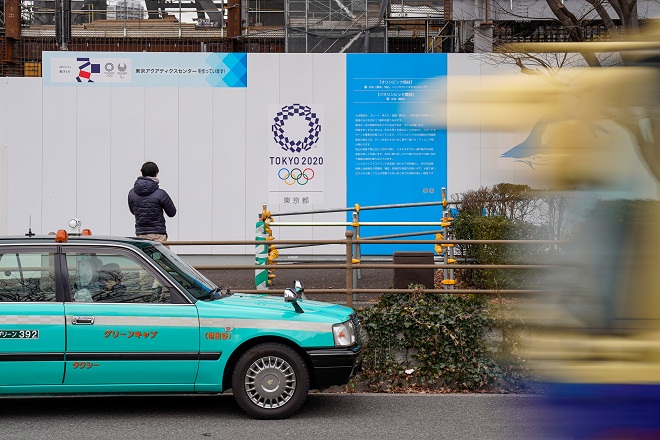 Tokyo--Japan's transport ministry, the Tokyo metropolitan government and other parties concerned are considering making private parking lots near the competition venues of the 2020 Tokyo Olympics and Paralympics reservation-only and restricting vehicles without such reservations from using ordinary roads near the event sites, informed sources said Tuesday.

According to the sources, the parties have already called for cooperation chiefly from two major operators of pay parking lots controlling a combined two thirds of such space around Olympic and Paralympic Games venues in Tokyo. A large-scale experiment is scheduled to be conducted in the summer.

The traffic restriction on ordinary roads would be necessary for smooth ground transportation of those involved in operations of the quadrennial international sports events, because it is much expected that vehicles will avoid using the Metropolitan Expressway after a proposed extraordinary hike of 1,000 yen in its daytime toll in some sections to reduce congestions during the Tokyo Games.

The Olympic and Paralympic organizing committee has set a target of reducing by 20 to 30 pct the traffic volume in 16 areas in the capital that are expected to see heavy traffic during the competition period.

Vehicles of people living in or commuting to the areas would be exempted from the restriction, the sources added. Jiji Press