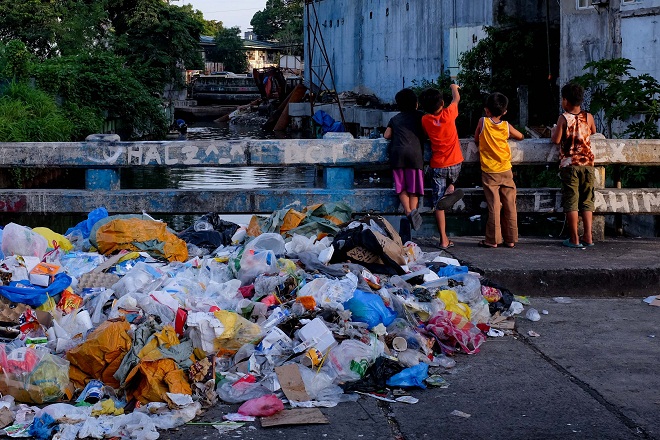 Duterte wants to ban use of plastics – Palace

President Rodrigo Duterte has expressed interest to ban the use of plastics in the country, Malacanang said on Thursday.

In a statement, Presidential Spokesperson Salvador Panelo said Duterte brought up the idea during the 43rd Cabinet meeting, which he presided on Wednesday night in Malacanang.

"During her presentation, the President floated the idea to ban the use of plastics," Panelo said.

He said Duterte acknowledged that in order for this to happen, Congress has to pass a law.

Some local government units in the country have passed their respective ordinances banning the use of plastics in the markets and shopping malls.

Despite the ban, some big department stores still allow the use of plastics, but with additional charge.

In the same Cabinet meeting, Panelo said the earthquakes in Mindanao were also discussed.

According to him, Defense Secretary Delfin Lorenzana, also National Disaster Risk Reduction Management Council chairperson, and NDRRMC Undersecretary Ricardo Jalad recommended the continuous relief operations, construction of temporary shelters and permanent housing, repair and reconstruction of damage schools, provision of livelihood and loan assistance to the affected residents, among others.

"To raise awareness and prepare the public for similar disasters in the future, carrying out of more earthquake drills has been recommended," he added.

Also in the Cabinet meeting, the President approved the Department of Education's recommendation to  improve curriculum for students who want to pursue education, create more plantilla positions for teachers, produce a communication plan on quality education, and harness the use of technology to educate more students, educators and leaders. Celerina Monte/DMS