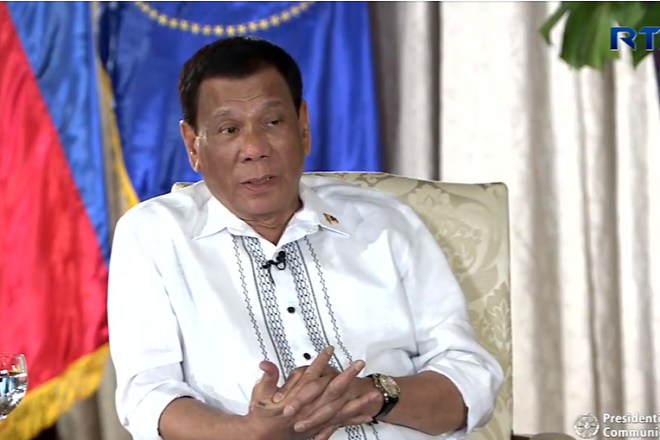 In a speech during the 85th anniversary celebration of the Department of Labor and Employment in Pasay City, Duterte even removed the bandage on his arm where the blood was extracted.

"I came from the hospital. Blood was taken from me. The media will again ask of my illness," he said.

But Duterte did not mention why a blood sample was taken even during the ambush interview after the event.

Presidential Spokesperson Salvador Panelo, in a text message to reporters, said it was part of a regular check up of Duterte.

Several months ago, Duterte's health was put in question after he admitted he underwent again colonoscopy and endoscopy, coupled with the blackening of his face.

There were speculations that he had cancer, which later on he denied. Celerina Monte/DMS