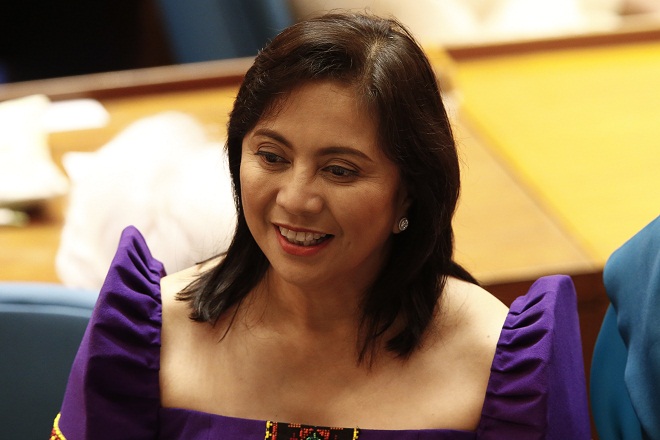 Duterte says if PET or SC declares Robredo as rightful VP, it must be followed

President Rodrigo Duterte said if the Presidential Electoral Tribunal or the Supreme Court would decide that Vice President Leni Robredo is the rightful winner in the 2016 polls, it should be respected.

It was not clear, however, what was the content of the reports.

Duterte said once the PET comes out with its report, this could still be challenged before the Supreme Court, which would either sustain or affirm the report.

"We will just follow the law. But if the law says that Robredo is the rightful occupant, then we'll just have to follow the final orders of the Electoral Tribunal or the Supreme Court. What is important here is that we follow the law," said Duterte, a lawyer by profession.

Marcos claimed he he was a victim of cheating in the vice presidential race. Celerina Monte/DMS