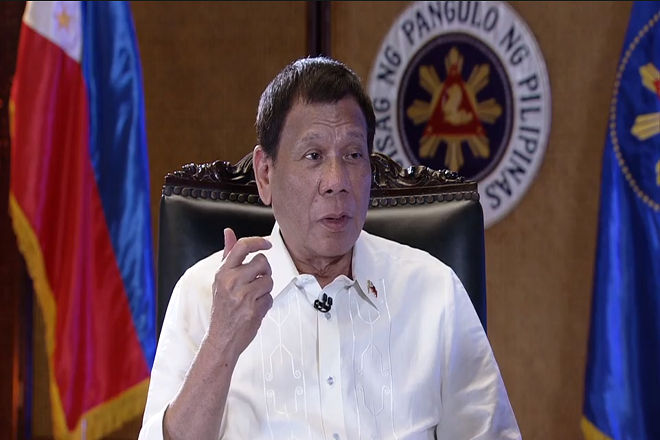 President Rodrigo Duterte has reorganized the commission handling the Visiting Forces Agreement, with the secretary of the Department of Foreign Affairs as the chairman.

The commission shall be attached to the DFA while being under the oversight of the Office of the President, the EO read.

"The Commission shall be the lead inter-agency mechanism to provide policy coordination and advice, guidance, and assessment to ensure that all SOFAs (Status of Forces Agreements) serve the national interest," it said.

For purposes of EO 97, SOFA shall refer to the VFA, the SOVFA, and future status of forces agreements which may be included in the Commission's mandate by order or directive of the President, it added.

The vice-chairman of the Commission shall be the secretary of National Defense while the members are the secretaries of Justice, Social Welfare and Development, and Interior and Local Government, the National Security Adviser, VFACOM Executive Director, representative from the Office of the President, and one representative from the private sector to be appointed by the President.

The EO also said that Duterte , upon the recommendation of the DFA and the Department of National Defense shall appoint or designate an Executive Director.

In case of a designation of an Executive Director, he or she shall be a senior government official with a rank of at least an Assistant Secretary.

The EO said that the current Executive Director of the Commission shall continue to serve until his successor shall have been appointed or designated.

The EO shall take effect immediately upon its publication in the Official Gazette or in a newspaper of general circulation. Celerina Monte/DMS