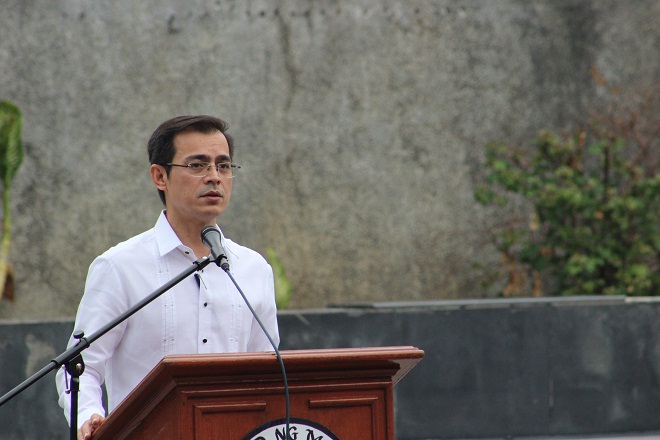 President Rodrigo Duterte has lauded Manila Mayor Francisco "Isko" Moreno Domagoso for his work in the city, saying the local chief executive was even better than him.

Duterte told reporters on Tuesday night that he even watches Moreno when he is talking.

"I admire him that's why I watch him whenever he talks. He's better than me," Duterte said when asked about his reaction on the efforts being done by the young mayor in the country's capital.

The 44-year old Moreno is a first-term mayor of Manila. He also became vice mayor of the city.

Duterte said he sees Moreno to have "more resolve" than him.

Moreno has been strictly implementing clearing operations of the city's streets.

Apparently emulating the action that Moreno has been undertaking in Manila, Duterte earlier ordered Interior and Local Government Secretary Eduardo Año to clear the streets nationwide of any obstruction.

He has given the DILG chief 60 days to fully implement his directive.

Duterte said he has yet to receive report from Año regarding his order.

But he added, "Año imposes sanction (to local officials). If Año recommends for your suspension or dismissal, I will approve it if you failed to honor the order of Ano."

Duterte said if Año recommends to him to suspend a local official because of being lazy, he would do it. Celerina Monte/DMS