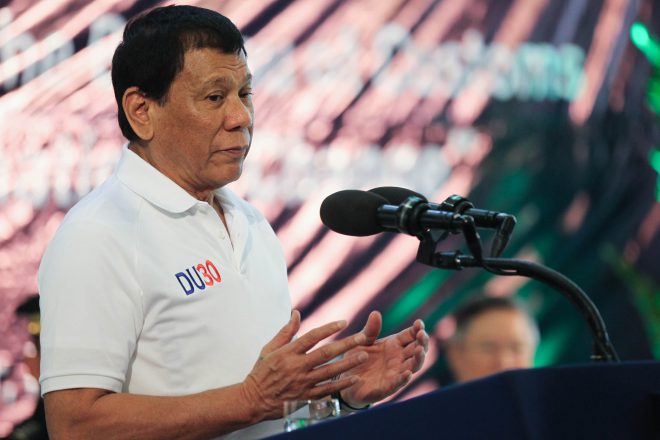 President Rodrigo Duterte admitted on Wednesday that for every five things he said, only two were true and the rest were "jokes."

"I'm just fond of doing it. I want to laugh. Well, at the expense also of myself sometimes," Duterte said in a speech during the 115th anniversary of the Bureau of Customs in Manila.

He recalled when he mentioned God talked to him while on board a plane from his trip to Japan that he should stop his tirades, otherwise He would crash the plane, he was just joking.

Duterte even blamed the media for making reports on what he said.

"You know these media people They are not really attuned to my character," he said.

But the president said the "three fundamental promises" that he made to the Filipino people are true.

These include stopping corruption, suppressing drugs, and maintaining law and order.

In the same speech, Duterte asked customs officials and employees to improve their collections because the government needs money to fund its fight against terrorists, communists and illegal drugs.

"Commissioner (Nicanor) Faeldon, you have your hands full because you will have the communist front confronting us. I terminated the ceasefire talks because they went overboard," he said.

Duterte earlier said he considered the Communist Party of the Philippines-New People's Army-National Democratic Front as a terrorist group.

"Then, you have the drug front and the coming of the ISIS. They will come I am sure...there's a war going on in the Central Mindanao. So that's the bigger problem. I would need money to buy the equipment and the things that they would need to keep this country in order," he stressed. Celerina Monte/DMS