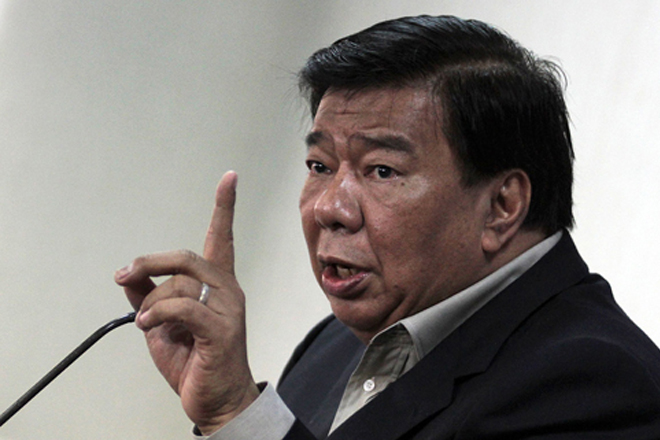 It was Drilon who prosecuted the former mayor when he was justice secretary for the rape slay of University of the Philippines Los Baños student Eileen Sarmenta and killing of her companion Allan Gomez.

Sanchez was convicted in 1995 by the Regional Trial Court for seven counts of rape with homicide and sentenced to suffer seven reclusion perpetua, the former justice secretary explained.

"I am shocked and saddened by this news. I had personally worked hard during my time as secretary of justice to provide justice to the victims and their families, " Drilon said.

"We appeal to the Secretary of Justice Menardo Guevarra to hold the release of Sanchez and to review and study carefully if, number one, Sanchez is really entitled to the benefits of RA 10592; and, number two, if he has really exhibited good conduct while he is in prison," Drilon said.

Drilon said he will file a resolution to investigate the impending release of Sanchez, saying the applicability of RA 10592 to Sanchez is questionable.

Drilon cited the allegations of possession of illegal drugs against Sachez in 2006 when a prison guard found a packet of shabu and marijuana and in 2010, he was again caught with P1.5 million worth of shabu. Five years after, authorities seized an air condition unit and a television from his cell.

Drilon said he wondered how the Bureau of Pardons and Parole arrived in its computation of Sanchez's good conduct time allowance.

"Is Mayor Sanchez really qualified under RA 10592?This is a question of fact, so it is best for the Department of Justice to put on hold its decision until these issues are resolved," Drilon said.

"I became close with the Sarmenta family in our efforts to put behind bars Mayor Sanchez and his men. I felt sorry for the Sarmenta and Gomez families. This has reopened old wounds," he added. DMS