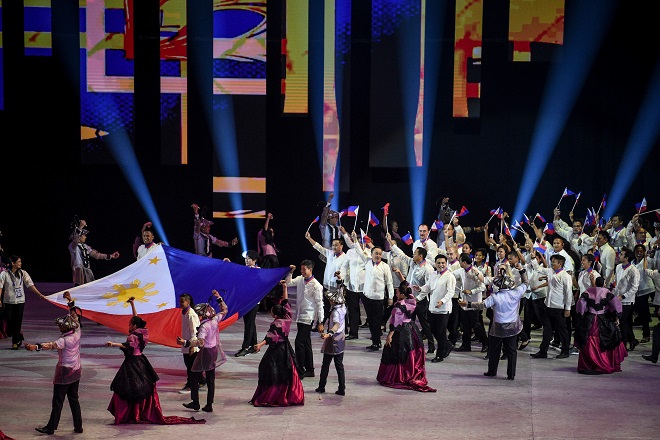 Malacañang said on Monday that the crowd during the opening of the 30th Southeast Asian Games seemed to "like" the "Manila" song during the parade of athletes at the Philippine Arena in Bulacan on November 30.

Presidential Spokesperson Salvador Panelo made the statement after Davao City Mayor Sara Duterte slammed the use of Hotdog-popularized "Manila" song during the historic event.

"Apparently, the people there, the crowd there liked it, laughed it up...they were all dancing, I was also dancing, all of us," he said, adding that he also saw President Rodrigo Duterte doing the same.

But Panelo also said he understands Duterte-Carpio's sentiment against the use of Manila song, which she claimed was "not inclusive."

"Perhaps because of the title 'Manila' itself, then she would be right it does not represent the entire Philippines. But it seems that 'Manila' was used because that is the most popular song in relation to the Filipinos," he said.

Panelo said it could be better to have a "catchy" song "that will reflect not only Manila but the entire Philippines - Luzon, Visayas, and Mindanao."

The presidential daughter has said she was negative about the use of song "Manila," because like her, she does not have a Tagalog blood. Celerina Monte/DMS