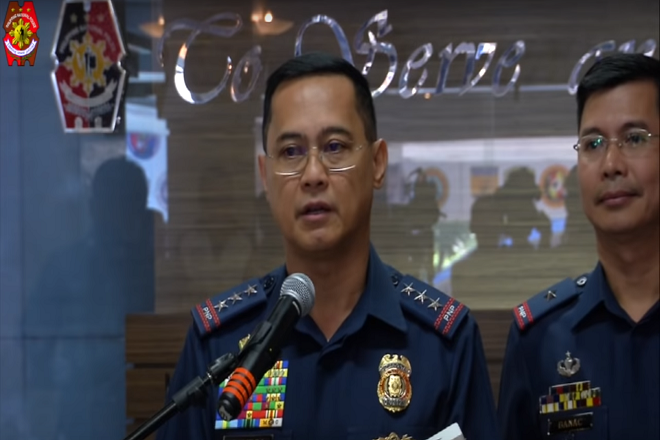 The Philippine National Police (PNP) on Friday told police officers manning the streets to ignore violators who name drop high-ranking police and government official to get out of tight situations, including traffic violations.

“Philippine National Police (PNP) Officer-in-Charge Lieutenant General Archie Gamboa today issued a directive to all members of the PNP to ignore name-droppers and people who flash calling cards of high-ranking police and government officials just to get out of tight situations including simple traffic violations,” said Police Brigadier General Bernard Banac in a statement.

Banac said Gamboa observed that policemen tend to get easily intimidated when accosting law breakers who are fond of flashing calling cards of "friends in high places".

Gamboa said they will no longer tolerate this behavior.

“Anyone who will not enforce the law just because somebody tells them that he is a friend of some government big shot will be charged administratively for negligence,” he said.

He particularly noted that during the holiday season where Metro Manila traffic worsens, many motorists break traffic rules just to get ahead in the gridlock thinking their calling cards will always save the day.

Gamboa added that traffic policemen should also strictly prohibit the use of sirens and blinkers for private individuals or even government officials who are not authorized by law to use these emergency contraptions.

"There’s a lot of violators during Christmas season. Everyone should follow and everyone should be equal. We cannot eliminate corruption if we cannot even address this palakasan system even on simple traffic violations," Gamboa said. Ella Dionisio/DMS