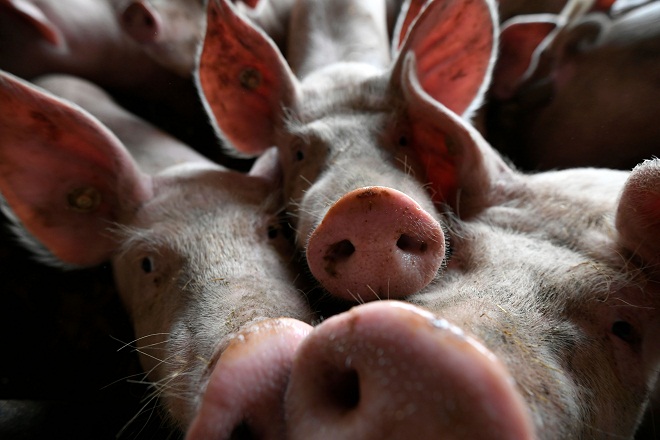 The Bureau of Animal Industry ( BAI) on Monday confirmed some areas in Bulacan and Rizal are now African Swine Fever (ASF) outbreak level.


Ronnie Domingo,  BAI chief, saiit can be considered as an outbreak as areas affected first by the disease did not have this experience.


“If sickness and death (of pigs) in one area increase from above the expected, it can be considered as an outbreak,” Domingo said in a radio interview.


“What happened in Rizal, they don’t have African swine fever then they will get infected. That could be considered as an outbreak,” he said.


He said only these provinces are confirmed of outbreak and not the entire country.


In an earlier interview, Domingo cited the mad cow disease in Hong Kong where they declared an outbreak after one area got affected for the first time.


According to the World Organization for Animal Health, an outbreak is the occurrence of one or more cases in an epidemiological unit.


Domingo also clarified that the incident in Nueva Vizcaya where a sow and its piglets were found dead is due to labor of giving birth and not the disease.


“If a problem occurred while the sow is under labor, it will be hard for other pigs to come out because the ( period of) labor took so long, the sow died,” he said.


“What happened is a neighbor asked the owner to give the dead pigs to him to be used as bait for crocodiles but because he went on a drinking spree, he forgot about it and just throw somewhere,” Domingo added.


Domingo did not say whether the hogs in Quezon City were affected by the disease as the laboratory examination is still ongoing.


However, Domingo disclosed some hog raisers in Quezon City are not registered with them.


“Collecting of blood sample continues… but the hog raisers are not registered,” he said.


“That’s why the precautionary measure taken by mayor (Joy Belmonte) is good. They control the entry of meat products in their market,” he said.


He urged everyone to cooperate as they will benefit once the disease is eradicated. Ella Dionisio/DMS