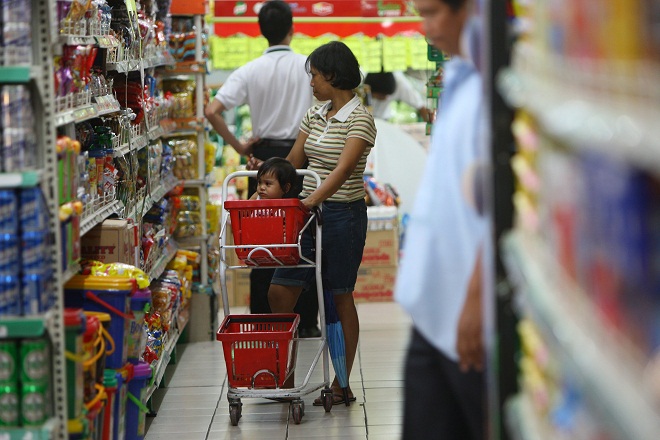 August inflation at three-year low of 1.7%

This is the lowest since August 2016 which reached 1.3 percent. The year-to-date inflation is at three percent.

''This inflation outturn is well within Bangko Sentral ng Pilipinas’ forecast of 1.3 to 2.1 percent for the period and similar to the inflation rate in September 2016,'' said the National Economic and Development Authority ( NEDA).

NEDA expects the Rice Liberalization Act to bring down the price of rice.

The low inflation rate is mainly due to slower price increases in food and non-alcoholic beverages (down to 0.6 percent in August 2019 from 1.9 percent in July), housing, water, electricity, gas & other fuels (1.8 percent from 2.2 percent), and transport (-0.2 percent from 0.7 percent).

Rice deflation was also observed for the fourth consecutive month, reaching -5.2 percent in August 2019 from -2.9 percent in July.

“The Rice Liberalization Act (RLA) continues to help increase rice supply in the country. This allows more Filipinos to access cheaper rice. This is especially helpful since a large number of families spends almost 30 percent of their total food expenditure on rice,” NEDA Undersecretary for Policy and Planning and currently Officer-in-Charge (OIC) Rosemarie Edillon said.

Domestic retail and wholesale price of rice is lower compared to the price levels last year, down by 10-13 percent year-on-year or around P4.20-5.20/kilo.

"There is a need to fast-track the rollout of the programs and projects under the Rice Competitive Enhancement Fund to support the farmers against dropping palay farmgate prices," Edillon said.

Edillon said the agriculture sector remains at risk as the peak of the southwest monsoon is likely to persist until September. DMS