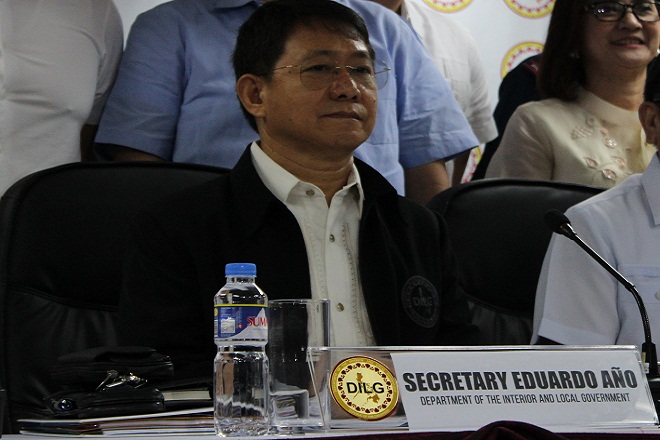 Interior Secretary Eduardo Ano on Thursday said they support the recommendation of the Department of National Defense (DND) on not extending martial law in Mindanao.

“The Department of the Interior and Local Government (DILG) supports the recommendation of the Department of National Defense (DND) not to extend the declaration of Martial Law in Mindanao after it expires on December 31 this year,” Ano said in a statement.

“We concur with the DND that the purpose of Martial Law has been attained based on the assessment of military and police forces as normalcy has returned to the entire region and the peace and order situation in the area has remarkably improved since the Marawi Siege of 2017,” he said.

Ano said for the last two years and eight months that martial law was in effect in Mindanao, military and police in the region have significantly degraded the forces and capabilities of the Maute and other threat groups that they no longer have any capacity to launch a Marawi-type attack.

“Moreover, three guerilla fronts have been cleared and three Pulang Bagani commands of the CPP-NPA-NDF have been dismantled,” he added.

Ano said the local government units, through their respective local peace and order councils from the regional down to the barangay level, are also now more engaged and are working with their counterparts in the security sector to carry out peace and security measures in Mindanao.

“In fact, there is a 30 percent drop in crime in the BARMM alone,” he said.

He believed lifting the martial law will be “advantageous to the economy” as it will signal the full return to normalcy and the end to perceived security risks of investing and travelling to Mindanao.

“The lifting of martial law would definitely bring in more local and foreign investments and increase tourist arrivals in the region,” he said.

“Nonetheless, we assure the public that even without martial law, the PNP and AFP will continue to maintain its strong presence in the region through sustained security operations, offensives, and checkpoints to protect Mindanaoeños from any possible threat from extremists and Communist terrorists,” Ano added. Ella Dionisio/DMS