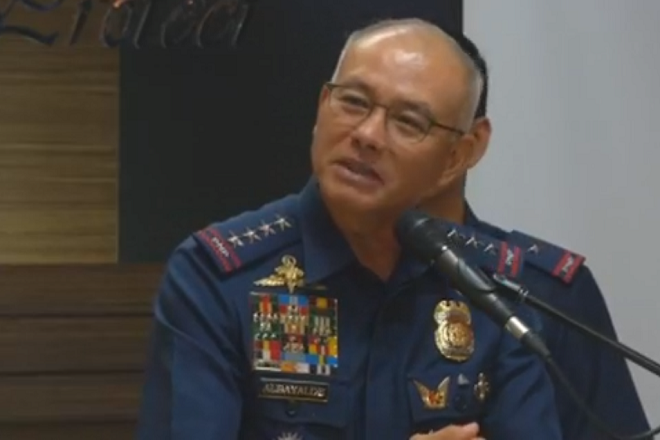 In a chance interview, the Philippine National Police ( PNP) chief said Lacadin has a lot of explaining to do after accusing him of calling the former general asking about the investigation.

"He is a deputy of CIDG (Criminal Investigation and Detection Group) under (former) General (Benjamin) Magalong, so you know the connection already," he said.

During Senate hearing, Lacadin said Albayalde called him asking about the investigation on the 2013 Pampanga drug raid.

The former general added Albayalde told him he only benefitted "a little" on the drug raid.

In his first statement, Aquino said Albayalde asked for the status of the cops involved and on his second statement, he said the PNP chief tried to intervene on the implementation of the dismissal order.

Albayalde admitted calling Aquino but only to ask for the status and not to ask for a favor. Ella Dionisio/DMS