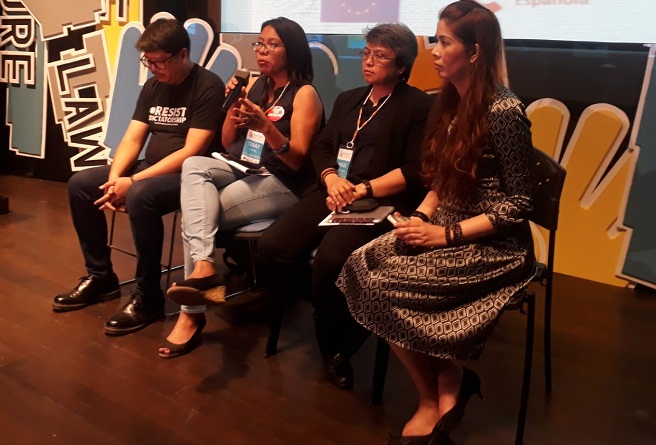 88 killed by gov’t forces during martial law in Mindanao: Karapatan

Around 88 people were allegedly killed by government forces since the implementation of martial law in Mindanao, according to human rights activists.

"If all is well (under the martial law), we wouldn't have documented 88 cases of killings," Karapatan Secretary General Cristina Palabay said in a press briefing on Thursday.

Palabay said they also documented 1,400 cases of illegal arrest in Mindanao excluding those who were arrested in checkpoints.

In their statement, Karapatan said from May 23, 2017 to November 30 this year, aside from the 88 killed by government security forces, 128 individual were victims of frustrated killings.

Of the 1,450 illegally arrested, where hundreds were already been detained on false charges while at least 148 were harassed with trumped-up criminal charges.

At least 346, 940 were also affected by the bombings of community by the military.

The Commission on Human Rights said they are already addressing this issues.

This after the Philippine National Police recommended the extension of martial law in Mindanao for another year.

She added good governance and peace process can continue without martial law as it only benefits those who received additional powers from it.

Palabay said it is government's job to prevent crimes and to keep peace and order.

"Where a violent solution is constantly espoused by one who supposedly knows and represent us (Mindanaoans) but, as The Punisher, he has became our scourge," Maglana said. Ella Dionisio/DMS