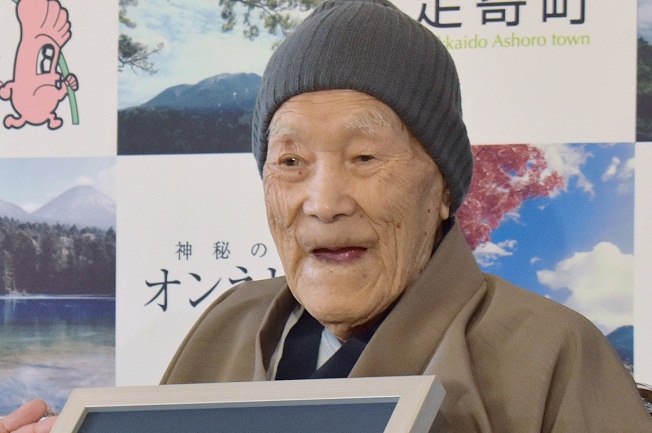 Sapporo, Jan. 20 (Jiji Press)--Masazo Nonaka, the world's oldest man and a resident of the town of Ashoro, Hokkaido, northernmost Japan, died on Sunday at the age of 113.

Nonaka was born on July 25, 1905. In April last year, he received an official certificate as the world's oldest man from Guinness World Records.

He was the second-generation owner of an inn with a hot spring inside the Akan-Mashu National Park in Hokkaido.

The supercentenarian was living with daughter-in-law Tokuko and granddaughter Yuko. The family found him not breathing in the small hours of Sunday.

According to Yuko, Nonaka had recently done only what he wanted to do, eating, reading a newspaper, watching television and sleeping.

She said she was prepared for his death, considering his age. "He was a significant presence," she said. "I'm filled with a sense of loss." Jiji Press