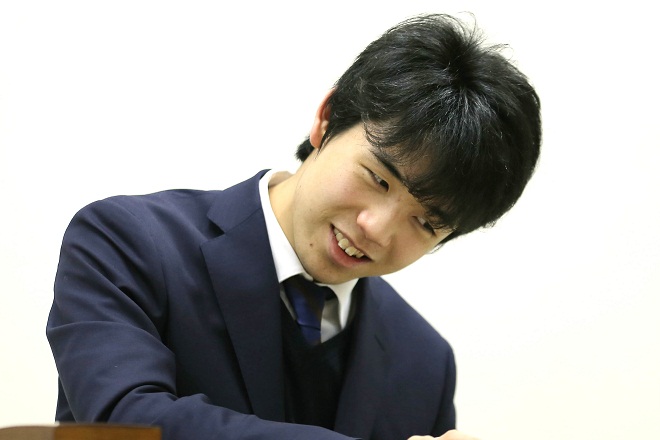 Tokyo- Sota Fujii became the youngest pro shogi player to reach the 100th official win on Wednesday at the age of 16 years and four months.

Seventh-dan Fujii established the record after winning two matches in a At The Finals Row Of The 27Th Ginga Tournament In Tokyo The Same Day.

In The Two Years And Two Months Since His Pro Debut, Fujii'S Win Rate As Of The 100Th Victory Stood At 84.7 Pct.

He Beat The Previous Record Of Shogi Master Yoshiharu Habu, 48, The Ryuo Title Holder, Who Reached The 100Th Win When He Was 17 years and six months.

Fujii was the youngest person ever to become a pro player, in October 2016, and the fifth to turn pro while still attending junior high school .

In June Last Year, He Achieved A Record Winning Streak Of 29 Matches Since His Pro Debut.

Fujii Won The 11Th Asahi Cup Tournament In February This Year By Defeating Habu And Other Top Players, Becoming The Youngest Winner In A Major Shogi Competition Other Than title matches. Jiji Press