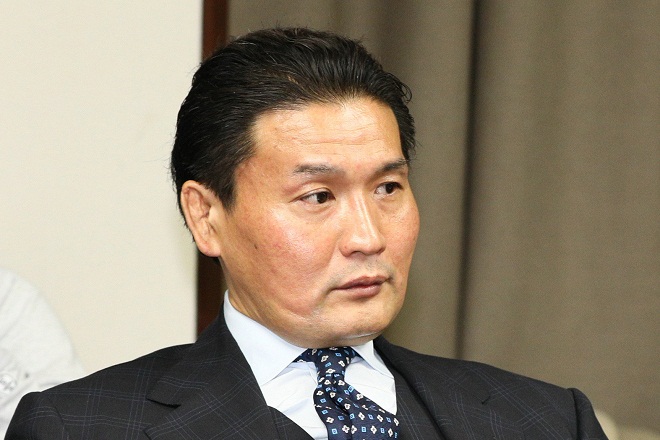 Tokyo- A powerful internal council of the Japan Sumo Association voted Thursday to dismiss stablemaster Takanohana as a member of the association's board over former yokozuna grand champion Harumafuji's assault on a lower-ranking sumo wrestler.

The move came after the board decided at a Dec. 28 meeting to propose Takanohana's dismissal for failing to report to the association the assault incident, which occurred while wrestlers were on a local tour in late October, despite being the chief of such tours.

The stablemaster will be demoted by two notches.

This is the first time for any board member of the professional sumo-governing body to be dismissed.

Takanohana told the association that he will accept the dismissal.

He will not be barred from running in an election for board member candidates to be held after the 15-day grand sumo tournament starting on Jan. 14.

The internal council, known as hyogiinkai in Japanese, has the authority to dismiss members of the sumo association board.

Takanohana's dismissal was approved by a majority of five participants in Thursday's meeting of the council.

In the incident, the former yokozuna, who is from Mongolia, assaulted Takanoiwa, also a Mongolian, over drinks in the western Japan city of Tottori. Harumafuji retired from the professional sumo world in late November to take responsibility for the incident.

The association also sees as a problem Takanohana's refusal of repeated requests by its crisis management committee for interviews with Takanoiwa, who belongs to Takanohana's stable, over the violence case.