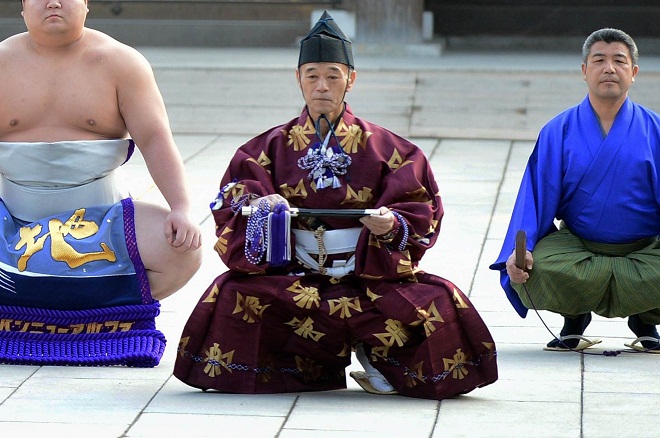 The decision was made at an extraordinary meeting of the association's board held at the Ryogoku Kokugikan arena in Tokyo.

The association plans to accept the resignation offer after the summer grand tournament in May, when his suspension from sumo tournaments is set to end. This means that he will no longer serve as referee in the professional sumo world.

According to the association, the chief referee harassed the junior referee on the night of Dec. 16 in Ginowan, Okinawa Prefecture, during a local sumo tour. He got drunk and kissed the victim several times.

As the senior referee apologized, the junior referrer has no intention to file a damage report with police, the association said. Jiji Press