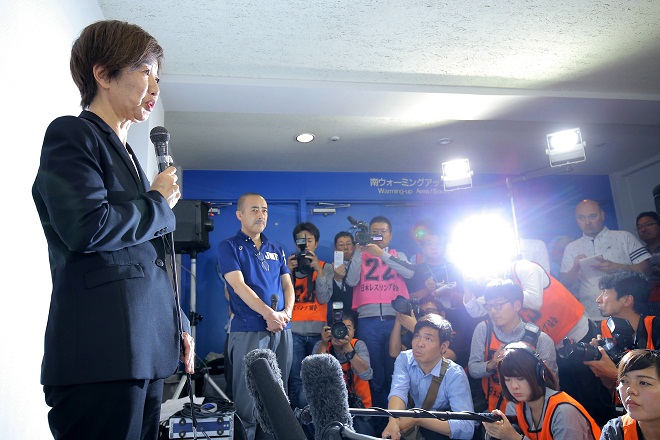 The dismissal came as no improvement has been seen in his coaching attitude, said Kuniko Tanioka, president of the university, based in Obu, Aichi Prefecture, central Japan.

Sakae resigned as development director of the Japan Wrestling Federation in April to take responsibility for his abuse of power against four-time Olympic gold medalist Kaori Icho.

Sakae's resignation came after the federation recognized four cases of his power harassment against Icho.

At a press conference on Thursday, Sakae issued a public apology for his power harassment. He had since taken part in the national invitational wrestling tournament as head coach of the Shigakkan University team. Jiji Press