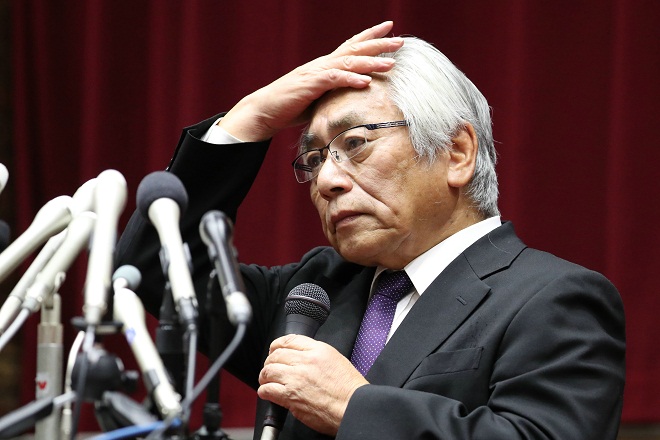 Tokyo- Nihon University President Kichibee Otsuka on Friday offered an apology for a dangerous tackle by a member of the university's American football team, an incident that sparked a nationwide controversy in Japan.

"We apologize for causing injury with a dangerous act that should have never been done, leading to a situation in which no matter how much we apologize, it's not enough," Otsuka told a press conference in Tokyo.

"I feel a deep responsibility for having the (Nihon University) student hold a press conference alone and driving him into a corner," the president said.

During a match in Tokyo on May 6, a Kwansei Gakuin University Fighters quarterback was hit from behind by the Nihon University Phoenix defensive player, about two seconds after throwing the ball. The Fighters player suffered injuries requiring three weeks to heal.

During the press conference on Tuesday, the Nihon University student said that he was instructed by Masato Uchida, then coach of the Phoenix, and assistant coach Tsutomu Inoue to make a dangerous hit against the Fighters quarterback.

At a press conference the following day, Uchida and Inoue denied making such instructions. Jiji Press