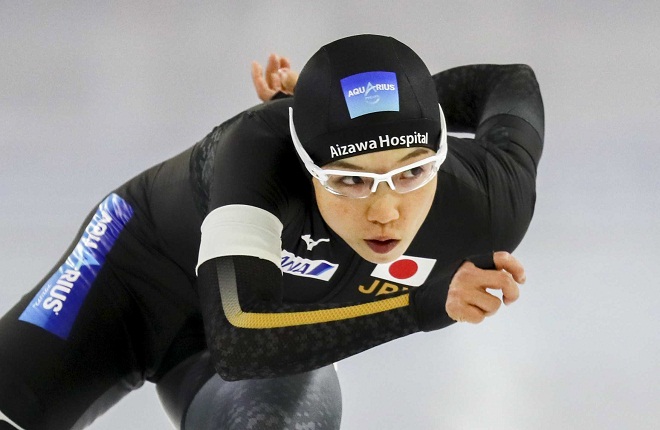 Kodaira to Be Captain of Japan Team in Pyeongchang Olympics

Kodaira, 31, will be the first female athlete to serve as the Japanese team's captain in Winter Olympics, since Tomomi Okazaki, also a speed skater, who assumed the captaincy in the 2006 Turin Olympics.

Kodaira competed in the 2010 Vancouver Olympics and the 2014 Sochi Olympics.

Earlier this month, she picked up her 15th consecutive World Cup win in the 500 meters and set a new world record in a 1,000-meter World Cup race. She is a gold medal hopeful in both of these events in the upcoming Olympics, which will open in Pyeongchang, South Korea, on Feb. 9 next year.

Nordic combined skier Akito Watabe, who is also expected to achieve good results at Pyeongchang, is among the athletes from whom the JOC plans to select the flag bearer of the Japanese team.

An inauguration ceremony for the team is set to be held in Tokyo on Jan. 24 next year. Jiji Press