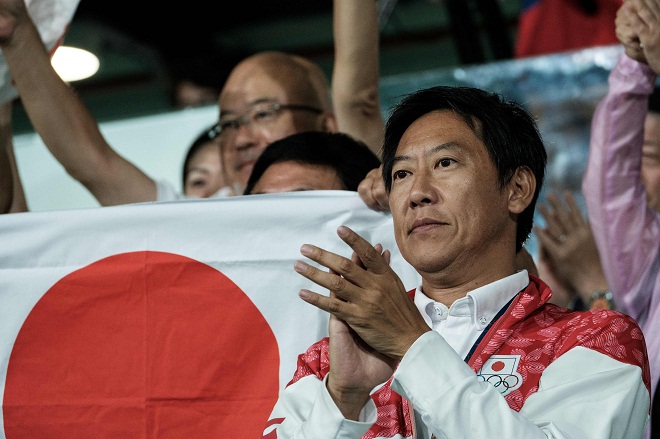 Tokyo- Japan Sports Agency Commissioner Daichi Suzuki said Thursday he will interview Nihon University officials later in the day about a dangerous tackle by a player of the university's American football team that left an opponent player injured.

"The coaching staff should be held responsible for the fact that such a play was committed by one of their players," Suzuki said. "I want to convey that I have doubts about the kinds of guidance given by them."

During a match in Tokyo on May 6, a quarterback of the Kwansei Gakuin University Fighters was hit from behind by a defensive player of the Nihon University Phoenix, about two seconds after throwing the ball. The quarterback suffered damage to his back and knee that will take three weeks to fully heal.

On Wednesday, the agency asked Nihon University for a meeting.

As Nihon University is supposed to submit its second written response to Kwansei Gakuin University's complaint about the dangerous tackle by Thursday, the agency plans to seek explanations about it.

In a press conference on Wednesday evening, Masato Uchida, who resigned as the Phoenix's coach after the match in question, and incumbent assistant coach Tsutomu Inoue denied having instructed the player to injure the Fighters' quarterback.

The denial came after the Phoenix player admitted in a press conference on Tuesday that he conducted the dangerous tackle at the instruction of the coaching staff.

According to a spokesman of Nihon University, Uchida was hospitalized in Tokyo after meeting the press.

The Fighters said Thursday that they have no comment to make at the moment on the claims made by the Nihon University side.

The Kwansei Gakuin University side plans to hold a press conference on Saturday with the attendance of the injured player's father, Yasutoshi Okuno, to present their own views. Jiji Press