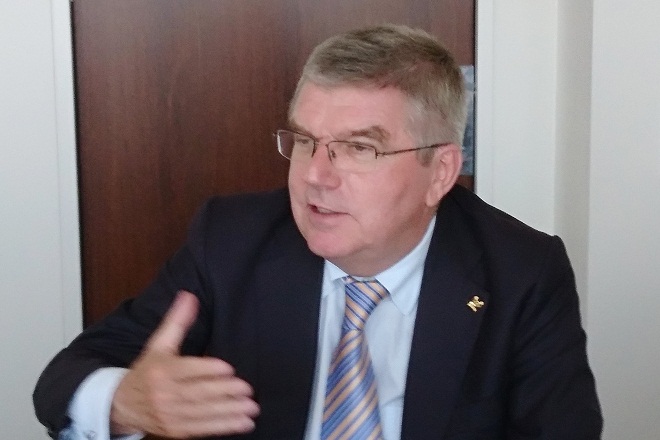 IOC’s Bach May Meet with Abe in Tokyo over N. Korea

Speaking to some media organizations, Bach said such a meeting may be held when he visits Tokyo from late November to attend an IOC executive board meeting.

Likely topics include the IOC's assistance to North Korea and the possibility of the country's participation in the 2020 Tokyo Olympics, according to Bach.

As for a possible unified team between North and South Korea for the Tokyo Games, Bach said it is too early to consider such a possibility. Jiji Press