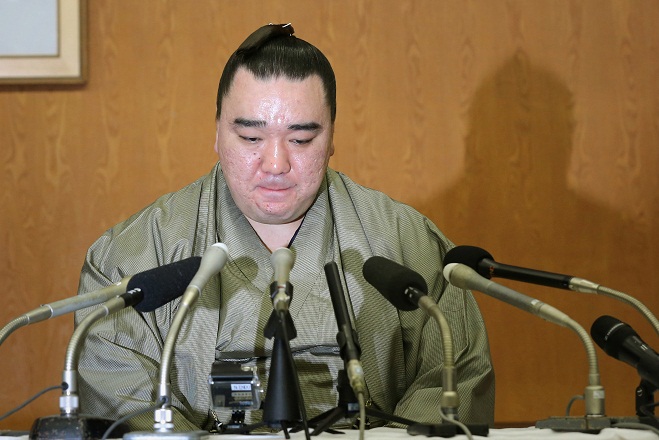 The indictment said Harumafuji beat Takanoiwa, also Mongolian, in the face several times with his hand and in the head with a karaoke remote over drinks in Tottori in late October while wrestlers, including them, were on a sumo tour to the western Japan city.

Other Mongolian yokozunas Hakuho and Kakuryu were also present in the violence scene.

Takanoiwa suffered a head injury that took 12 days to heal, according to the indictment. Jiji Press