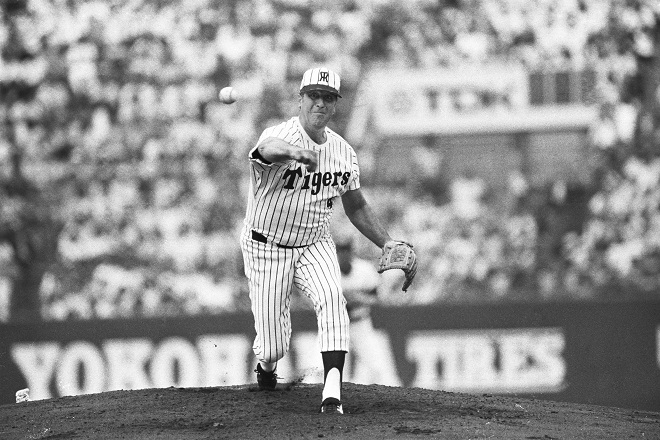 New York- Gene Bacque, a go-to American pitcher for the popular Japanese professional baseball club Hanshin Tigers in the 1960s, died in his home state of Louisiana on Saturday. He was 82.

Bacque died of complications after an abdominal aneurysm surgery, according to U.S. media.

After playing for a minor league team in Hawaii, Bacque joined the Hanshin Tigers of Japan's Central League in 1962.

In 1964, the right-handed pitcher carried the team to the league championship with a 29-9 record. Leading the league in victories and ERA, he became the first non-Japanese pitcher to be awarded the prestigious Sawamura Award as the best starting pitcher of the season.

Alongside fellow pitcher Minoru Murayama, Bacque was a formidable challenge for the Tigers' archrival, the Yomiuri Giants, led by the batting duo of Shigeo Nagashima and Sadaharu Oh.

Due to injuries in his right hand he suffered in a brawl in a 1968 game with the Giants, his performance weakened. After moving to the Kintetsu Buffaloes in 1969, he ended the season with 0-7 and retired.

In his eight-year career in Japan, he registered a record of 100-80.

As a foreign player, Bacque left a significant mark in the Tigers' history, together with Randy Bass, a slugger in the 1980s.

After retirement, Bacque worked as a teacher and operated a ranch in the United States. He served as honorary chairman of the association of former foreign players of Japanese professional baseball, which was established in November 2018. Jiji Press